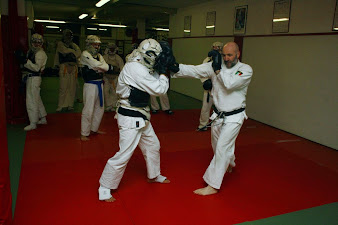 The combat is the natural goal for the practitioner nippon kempo,

is the maximum expression of technology,

must demonstrate that it has assimilated in combat.

The protection against knocks and the nippon kempo of primary importance,

the student gets to wear armor consisting of a mask, armor and gloves,

The combat is performing techniques in a more truthful as possible.

The nippon kempo with its characteristic armor, is the most real and true in the world of martial arts,

in the world of combat sports.

This message is only visible to admins.